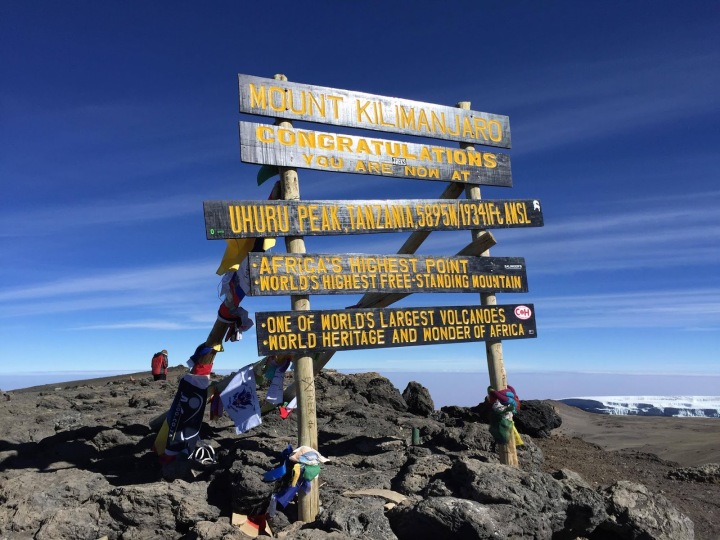 Jambo!
After nine months of fundraising, then 2 months of fretting that I have the correct equipment and enough layers to keep me warm, August 19th finally came around.

There was no point in going to sleep as I set off around 3am and still had last minute backpack checks to make. It was a hassle to get down to Heathrow and there was no way I was catching up on any sleep in the car. I didn’t care as long as I made it and was able to get on the flight. It was my first time travelling from Heathrow and I wasn’t entirely impressed. Manchester Airport is much smoother and easier to make your way round. We still managed it though and as a group of 22 we did well in staying together and getting on the plane at the same time. We were fortunate to all be sat near each other too.

Flying with Turkish Airlines was a dream. I usually fly on the Boeing 787 Dreamliner with Tui to Mexico or Dom Rep so I wasn’t expecting much more, especially since the flight was much shorter. However, food and drink was complimentary, there was tonnes of movies to choose from, a very good collection of albums (including X Ambassador, one of my all time favourite bands) and the multiplayer games actually worked and connected with other seats. Being with a group of 22 definitely got competitive when playing good ol’ billiards. We stopped off in Istanbul for some lunch and hopped onto another plane heading to Kilimanjaro airport, arriving there around half 2 in the morning. I don’t think I slept in well over 24 hours. After our briefing, transfer, and check in, we finally got to sleep around 6am.

The first two nights of our trip we stayed at Keys Lodge Hotel which is about an hour away from Machame Gate. Since we were a big group, our rooms were in threes but luckily there wasn’t enough to fill each one so I ended up in a three bed, en suite with only two of us in there. Plenty of space for the huge mess I made trying to reorganise my bags for the next day. I don’t remember there being a lock on the balcony door which was slightly worrying but the hotel was safe enough to not be too worried. The bathroom was quite big with a basic walk-in shower. The curtains didn’t quite cover all the windows but it wasn’t such a bother. We weren’t their for luxury. That said. I had a very good nights sleep.

The first day, after a lovely little buffet breakfast, we were back on a rickety cramped coach to take us to a school who were having improvements paid for by Childreach International. What an incredible afternoon. Despite being a Sunday, a large bunch of pupils from the school had come to greet us and after a quick tour round to see the facilities and learn a bit about what they learn, we played football, singing and dancing games, and learnt a little handshake thing they do with their feet. It was so lovely. You could clearly see the poverty they live in but somehow the smiles on their faces remained throughout the day. The toilets were a hole in the ground, as it seemed was common for the area, and the teaching spaces were made up of two small classrooms. They had recently built a new cooking area for children to be able to have meals during the day compared to the small fire pit that it use to be. There was another classroom being built at the time too. The grounds were covering in dry dust and sand which covered my trainers like you wouldn’t imagine. They were no longer light grey! I wouldn’t be too surprised if the shower didn’t clog up later from the amount that ended up on my legs! Safe to say, I didn’t get sun burnt because I was covered in the dust instead. Who knew dust was good sun protection?

Back at the hotel, it was dinner, safety briefing, and bed. We were going to need as much sleep as possible before the big day. The big day that was the start of our climb up the tallest mountain in Africa.

The safety briefing went through a lot of stuff that felt like common sense to me, but it has to be done. In short, drink about 3L of water a day, eat as much food as you possibly can, and if you start feeling ill you MUST tell your guide immediately! If it’s small headaches you’re getting or a small stomach ache, it will usually be the altitude and a mixture of new foreign food which can normally be dealt with paracetamol and plenty more water. They explained the route and how we’d eat, drink and sleep. When we got to our lunch points of the day we’d find a tent set up for us to eat inside and the same at night and at breakfast time. We were given a list of what to include in our day pack and main bag with the information about how to leave behind anything else not needed back at the hotel for the duration of the trip. Finally, safety briefing finished and we put in our requests for anything we wanted hiring. That was quite a lot for me. I wasn’t willing to fork out for a 4 season sleeping bag that I’d end up having to carry around for the trip after the climb. It worked out cheaper to hire a lot of the stuff, especially when I was never going to use it again.

The morning after was an early rise with a quick pack of bags and handing in the items to leave behind. All of our hired gear was handed out and we were ready to set of to the base of Mount Kilimanjaro, Machame Gate.

************
I’ve really taken my time to get round to actually writing and posting about my trip to Tanzania and climbing Kilimanjaro. I got so busy with university throughout my entire second year so I’m glad I’ve now got some time to sit and look back through all my photos and start writing about the whole experience. It was the most amazing experience I’ve ever had and I’m sure that the won’t be many moments in the rest of my life that can compare to it. Even so, I can still try and keep on making and enjoying even more incredible moments!